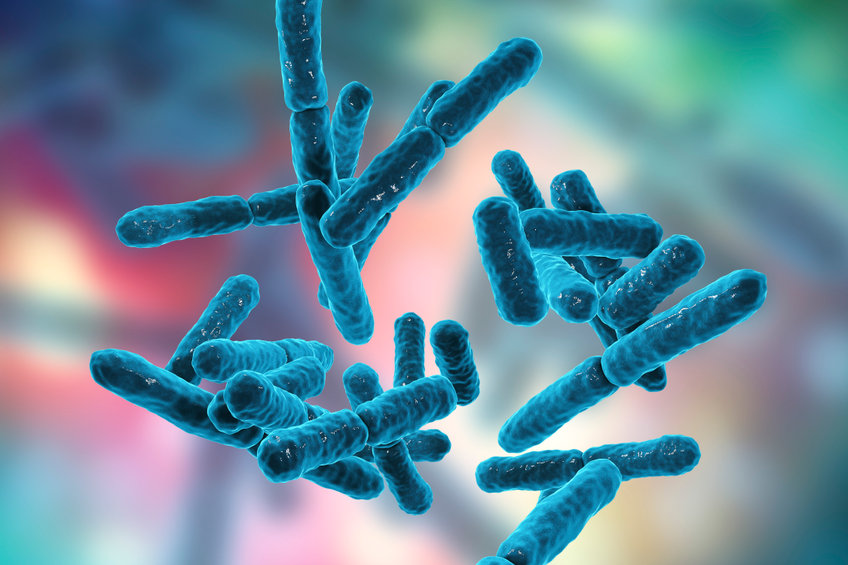 Probiotics consist of live microorganisms that benefit the host when administered in adequate amounts.[1]Hill C, et al. Expert consensus document. The International Scientific Association for Probiotics and Prebiotics consensus statement. Nat Rev Gastroenterol Hepatol. 2014 These beneficial strains are made from bacteria or yeasts that are similar or identical to those found in the body.[2]US Department of Health and Human Services. Probiotics: What You Need To Know. Accessed 12/11/2021. Probiotics occur naturally in fermented foods like yogurt, kimchi, natto, and sauerkraut. People can also take probiotic supplements prepared in powder, liquid, capsules, or gummies.

Why are probiotics needed?

Many factors like international travel, air pollution, stress, and poor dietary choices can cause dysbiosis (an imbalance in gut bacteria), leading to health problems.[3]Fouladi F, et al. Air pollution exposure is associated with the gut microbiome. Environ Int. 2020 May;138:105604. [4]Madison A, et al. Stress, depression, diet, and the gut microbiota. Curr Opin Behav Sci. 2019;28:105-110. For instance, individuals with traveler’s diarrhea (a digestive illness caused by contaminated food or water) have an increased risk for developing irritable bowel syndrome (a common disorder of the lower digestive tract triggering abdominal pain, gas, bloating, and constipation or diarrhea, or alternating cycles of both).[5]Stermer E, et al. Is traveler’s diarrhea a significant risk factor for the development of IBS? A prospective study. Clin Infect Dis. 2006 Oct 1;43(7):898-901. A large group of studies shows that probiotic supplementation may reduce the risk of developing traveler’s diarrhea.[6]McFarland LV. Meta-analysis of probiotics for the prevention of traveler’s diarrhea. Travel Med Infect Dis. 2007 Mar;5(2):97-105. This research suggests that probiotic use may offer protection against the development of certain health problems.

How do probiotics work?

How probiotics modify our physiology is an area of ongoing research, but the immune-modulating properties of probiotics are the most frequently studied.[7]Shahrokhi M, et al. Probiotics. Updated 2021 Nov 25. In: StatPearls Internet. [8]Eloe-Fadrosh EA, et al. Functional dynamics of the gut microbiome in elderly people during probiotic consumption. mBio. 2015 Apr 14;6 A recent meta-analysis reported that probiotic use effectively lowered markers of inflammation within the blood circulation, indicating that probiotics may suppress overactive (harmful) immune responses.

Although there are many other ways that probiotics may support the immune system, the primary focus of this article is to explore the interconnections between probiotics, immune responses, and tryptophan metabolism.

The importance of tryptophan

As one of the eight essential amino acids that must be obtained from the diet, tryptophan is involved in the regulation of numerous processes vital to gut health, mood, sleep, and immune system function.[11]Lovelace MD, et al. Recent evidence for an expanded role of the kynurenine pathway of tryptophan metabolism in neurological diseases. Neuropharmacology. 2017 Jan;112(Pt B):373-388.

Reasons why some people may need more tryptophan.

These results suggest that probiotics may help limit inflammation in the digestive tract, resulting in lesser amounts of tryptophan being broken down and utilized for serotonin production in the gut. Unlike the probiotics used in the previous two studies mentioned (which are not easily obtained by the general population), this study used Lactobacillus rhamnosus GG, the most common probiotic strain found in foods like yogurt and readily available in many probiotic supplements.

How do probiotics alter tryptophan metabolism?

When the body reacts to chemical irritation, mechanical stresses, or infection, the innate immune response triggers the release of inflammatory signaling peptides called cytokines. One of the cytokines produced, interferon-gamma (IFN-γ), activates an enzyme responsible for breaking down tryptophan, known as indoleamine 2,3-dioxygenase (IDO). Tryptophan depletion caused by IDO activation is a necessary pathway for promoting immune tolerance (a process that prevents tissues from getting damaged or “caught in the crossfire”). Although IDO activity is essential to health, consequences may arise when IDO and other protective processes are activated chronically. Thus, interfering with IDO activation may help limit excess tryptophan depletion. For instance, certain strains of Lactobacillus species produce hydrogen peroxide (H202), which may restrict IDO activation.[23]Valladares R, et al. Lactobacillus johnsonii inhibits indoleamine 2,3-dioxygenase and alters tryptophan metabolite levels in BioBreeding rats. FASEB J. 2013 Apr;27(4):1711-20. Typically, we think of H202 as a harmful substance (it certainly can be), but new research suggests that it plays a role as an essential signaling molecule in the digestive tract.[24]Acovic A, et al. Role of indoleamine 2,3-dioxygenase in pathology of the gastrointestinal tract. Therap Adv Gastroenterol. 2018 Dec 6;11.

Research suggests that specific probiotic strains increase tryptophan levels. Higher tryptophan levels in the blood circulation may also improve brain tryptophan levels, which could help promote serotonin and melatonin production within the brain. Overall, the tryptophan sparing properties of probiotics may represent a new mechanism for how these beneficial microorganisms can promote intestinal and immune health, cognition, and neurological function.

This site is for informational purposes only and does not provide medical advice, diagnosis, or treatment.