Can Chronic Stress Put You at Risk for Type 2 Diabetes? 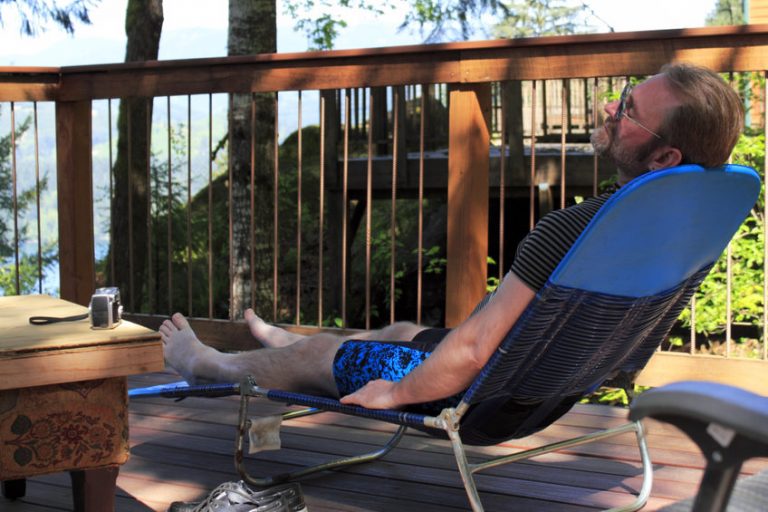 Some research suggests a link between stress and diabetes development. But before exploring this potential connection, a quick review of the established mechanisms that lead to poorly regulated blood sugar levels is necessary.

Glucose is the primary sugar found in the blood that comes from the foods you consume. The pancreas secretes insulin to help shuttle glucose into your cells. Insulin is an essential hormone, but several factors can cause insulin to rise excessively (e.g.., genetics, obesity, inactivity, poor diet, or exposure to toxins like arsenic and plastics).[2]Thomas DD, et al. Hyperinsulinemia: An Early Indicator of Metabolic Dysfunction. J Endocr Soc. 2019;3(9):1727-1747. Published 2019 Jul 24. With high insulin levels circulating in the blood, the body’s cells may become resistant to insulin.[3]Corkey BE. Diabetes: have we got it all wrong? Insulin hypersecretion and food additives: cause of obesity and diabetes? Diabetes Care. 2012;35(12):2432-2437.

During insulin resistance, the pancreas compensates by secreting more insulin to get your cells to respond. While increased insulin levels may help control blood sugar in the short term, it worsens insulin resistance. This vicious cycle leads to pancreatic exhaustion—a state when your pancreas can’t keep up. Eventually, pancreatic fatigue causes blood sugar levels to rise, which leads to prediabetes and ultimately to the development of type 2 diabetes.

Although stress is not a primary diabetes risk factor, scientists are working hard to evaluate the effects of stress and whether it leads to poor glucose metabolism or type 2 diabetes.

One of the ways scientists measure the influence of stress is to evaluate someone’s perceived stress or an event that is assumed to be stressful (e.g.., career change, divorce, or relocation). Stress is also measured objectively through laboratory tests that measure the byproducts of the fight-or-flight response (i.e., the stress hormone cortisol).

What is the fight-or-flight response?

However, the modern age frequently triggers the stress response in non-life-threatening ways (e.g.., traffic jams, toxic work cultures, and relationship difficulties), causing this evolutionary response to get activated chronically. Persistent activation of the fight-or-flight response has negative consequences on your overall health and well-being.

What happens when we’re under stress?

Stress triggers a mechanism called the hypothalamus-pituitary-adrenal-axis (HPA), a complex cascade of events originating in the brain which results in the release of two critical substances: cortisol and catecholamines.

Cortisol plays many roles in the body, including glucose metabolism and fighting inflammation; it helps raise blood sugar levels to provide the energy necessary for fueling the body’s muscles during fight or flight reactions.

Epinephrine and other catecholamines increase in response to stress resulting from stimulation of the sympathetic nervous system (SNS). The SNS is a part of the nervous system responsible for increasing heart rate, blood pressure, and breathing rate. SNS activation also suppresses digestive function to divert energies to the muscles and dilates the pupils for enhanced vision.

Catecholamines also help facilitate the immune system by suppressing antiviral genes and increasing the production of pro-inflammatory cytokines.[6]Slavich GM, et al. From stress to inflammation and major depressive disorder: a social signal transduction theory of depression. Psychol Bull. 2014 May;140(3):774-815. This inflammatory cascade is an integral part of physical repair processes—which comes in handy when attempting to escape, conquer a threat, or heal from an injury.

To summarize, stress activates the HPA and SNS, resulting in the elevation of cortisol and adrenaline to provide fuel (glucose) for the brain and muscles during fight-or-flight responses. Once the threat subsides, cortisol, catecholamines, and inflammatory proteins return to normal.

Before exploring the specific studies evaluating the link between stress and diabetes, it’s essential to review the objective ways scientists measure stress.

Salivary cortisol is the most common stress biomarker used in clinical research. Due to the ease of obtaining samples, saliva testing can be measured throughout the day. Frequent measurements allow scientists to account for circadian oscillation (the body’s natural 24-hour cycle of physical, mental, and behavioral changes).

Other advantages of salivary cortisol testing:

How cortisol levels change throughout the day

The peak rise in cortisol after awakening is known as the cortisol awakening response (CAR).

To evaluate the CAR, scientists obtain salivary cortisol samples from awakening and every 15 min up to 45–60 minutes.[12]Smyth N, Rossi E, Wood C. Effectiveness of stress-relieving strategies in regulating patterns of cortisol secretion and promoting brain health. Int Rev Neurobiol. 2020;150:219-246. The CAR provides a strong surge of energy that prepares us for the day ahead.

Even thinking about an upcoming work deadline, known as anticipatory stress, is correlated with an elevated CAR the next day. Thus, the CAR is adaptive in that it can get turned up or down relative to life demands. However, chronic stress may lead to an elevated or blunted CAR, which is associated with poor health outcomes.

Cortisol levels decline throughout the day, with the lowest levels occurring around midnight. In contrast, an unhealthy cortisol secretion pattern fails to decline sharply in the afternoon and evening hours, resulting in a flatter decline slope.

Health conditions associated with a blunted decline slope include:

One study explored the connection between work-related rumination and cortisol levels among schoolteachers during the workweek by obtaining daily saliva samples.[18]Cropley M, et al. The relationship between work-related rumination and evening and morning salivary cortisol secretion. Stress Health. 2015 Apr;31(2):150-7. At completion, high ruminators had higher evening cortisol output at 10 pm than low ruminators. Interestingly, high ruminators replaced socialization and relaxation activities with work-related activities. These results show how important it is to gear down and turn off after the workday.

Cortisol metabolism may differ from one person to another

The brain may avoid the damaging effects of high cortisol by rewiring itself to become sensitive to cortisol.[19]Yehuda R. Post-traumatic stress disorder. N Engl J Med. 2002 Jan 10;346(2):108-14. For instance, some individuals, such as those with post-traumatic stress disorder (PTSD), are known to be suppressors of cortisol (meaning that the brain in this population is hypersensitive to cortisol).[20]Shalev A, et al. Post-Traumatic Stress Disorder. N Engl J Med. 2017 Jun 22;376(25):2459-2469.

In contrast, non-suppressors are not sensitive to cortisol, meaning that the brain does not receive the signal effectively, which leads to higher cortisol levels. Studies show that it’s more common among those with depression to be non-suppressors of cortisol.[21]Anacker C, et al. The glucocorticoid receptor: pivot of depression and of antidepressant treatment? Psychoneuroendocrinology. 2011 Apr;36(3):415-25. [22]Pariante CM. Risk factors for development of depression and psychosis. Ann N Y Acad Sci. 2009 Oct;1179:144-52. However, the mechanisms behind why certain people may be suppressors or non-suppressors remain an area of intense research.[23]Castro-Vale I, et al. Genetics of glucocorticoid regulation and posttraumatic stress disorder–What do we know? Neurosci Biobehav Rev. 2016 Apr;63:143-57.

Can stress cause type 2 diabetes?

These powerful anti-inflammatory medications help in many scenarios, but they carry significant side effects. Unfortunately, prednisone or other glucocorticoid drugs may lead to high blood pressure, osteoporosis, or diabetes in some people.

Trials measuring cortisol levels and diabetes development among healthy participants have found mixed results. Because stress-induced elevations in cortisol may take a while to result in diabetes development, the study duration differences in the studies referenced below may represent the reasons for their divergent outcomes.

In a 2016 study following 3,270 participants over nine years, researchers analyzed salivary cortisol levels in those without type 2 diabetes to see if cortisol metabolism was linked to future diabetes.[26]Hackett RA, et al. Diurnal Cortisol Patterns, Future Diabetes, and Impaired Glucose Metabolism in the Whitehall II Cohort Study. J Clin Endocrinol Metab. 2016 Feb;101(2):619-25. Cortisol measurements and fasting blood sugar levels were obtained among the participants between 2002 and 2004 and then again in 2012–2013. After analysis, results showed that the individuals who developed type 2 diabetes had higher evening cortisol levels at baseline. Additionally, the expanded analysis showed that subjects with a flatter cortisol slope across the day were more likely to develop impaired fasting glucose or type 2 diabetes.

In 2019, a similar study evaluated 1,525 diabetes-free participants to see if salivary cortisol levels were linked to diabetes development.[27]Gariani K, et al. Salivary cortisol is not associated with incident insulin resistance or type 2 diabetes mellitus. Endocr Connect. 2019;8(7):870-877. Participants had baseline waking cortisol and evening cortisol obtained along with fasting glucose and fasting insulin, measured again about five years later. After trial completion, neither morning nor evening cortisol levels was associated with the development of insulin resistance or type 2 diabetes.

Stress-diabetes research through questionnaire-based methods has also shown mixed results. For instance, a 2016 meta-analysis (combining data from a large group of studies) showed that while work-related stress was not associated with an increased risk for type 2 diabetes, job strain was associated with incident T2D in women.[28]Sui H, et al. Association between Work-Related Stress and Risk for Type 2 Diabetes: A Systematic Review and Meta-Analysis of Prospective Cohort Studies. PLoS One. 2016 Aug 11;11(8):e0159978. This study’s definition of job strain specified “the combination of high levels of job demands and low levels of job control.” This analysis demonstrates the complexity of stress research, as outcomes may vary based on gender differences and how job stress is defined.

A major challenge for researchers attempting to evaluate cortisol levels and diabetes risk is that compensatory changes occurring in the brain may lower one’s cortisol levels.

This means that some individuals presenting with suppressed cortisol levels could have been preceded by years of elevated cortisol levels. Consequently, such changes in cortisol metabolism make it difficult to evaluate the associations between stress and type 2 diabetes.

More studies are needed to measure cortisol levels at frequent intervals over a longer duration to account for individual changes in cortisol metabolism. Researchers also need to agree upon a consistent way of measuring stress objectively in research.

Evaluating the body chemistry changes that occur during stress may help scientists identify the health strategies that could mitigate stress-induced elevations in blood sugar.

This site is for informational purposes only and does not provide medical advice, diagnosis, or treatment.